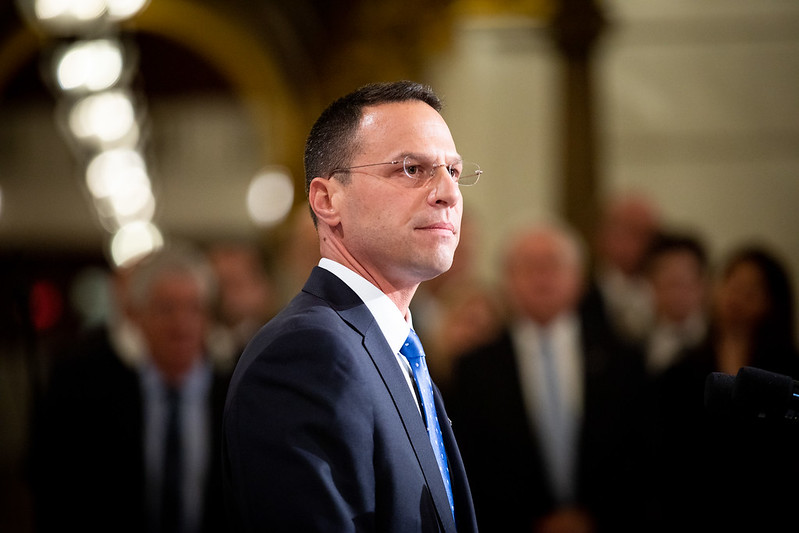 Op-Ed by Matthew Brouillette. This piece originally appeared in the Bucks County Courier Times. To listen to an audio version of this op-ed, click here.

Attorney General and gubernatorial candidate Josh Shapiro has a problem. And it’s not what you may think.

Of course, as he campaigns for governor, the Montgomery County Democrat has some obvious baggage. As attorney general, he went to court to defend Gov. Wolf’s draconian and unpopular business shutdown orders. Shapiro also fought in court to allow schools to continue denying students in-person learning. And he betrayed his blue-collar union supporters when his office signed off on Pennsylvania’s entrance into the job-destroying Regional Greenhouse Gas Initiative.

These are problems for the General Election in November. But Josh Shapiro has a problem in May’s primary election: Democrat State Rep. Brian Sims.

Ideally, the candidates for governor and lieutenant governor will meld into a strong and appealing ticket. But if the two have dramatically different public images, a joint campaign can be a problem.

Unfortunately for Shapiro, he may find himself in this scenario.

You see, Shapiro has spent years — even decades — grooming himself for ever-greater political glory. As he’s hopped from office to office, always leaving office mid-term — first in the state House, then as Montgomery County Commissioner, and now, he hopes, as attorney general — he’s artfully crafted a sophisticated political image. A Shapiro-Sims ticket threatens to undo everything Shapiro has worked to create. For far from mirroring Shapiro’s smooth, polite persona, Brian Sims has quite the opposite reputation.

Sims, who was elected in 2012 as the first openly LGBTQ member of the General Assembly, has progressive policies that in many ways mirror Shapiro’s. But Sims has abandoned civility in advancing his aims.

In 2018, Sims “welcomed” Vice President Pence to Pennsylvania by openly mocking his faith, giving him the finger, and closing his statement with an obscene sendoff.

The following year, Sims recorded two teenage girls praying outside a Planned Parenthood clinic, posted video of them online, and offered to pay $100 in exchange for information about their identities.

While doxxing underage girls is apparently par-for-the-course for Sims, it doesn’t fit into Josh Shapiro’s clean-cut formula for winning election in November. It’s little wonder, then, that Shapiro has orchestrated his own ticket.

In December of last year, Shapiro endorsed Democrat state Rep. Austin Davis of Allegheny County for lieutenant governor. This led Democrat state Rep. Patty Kim (Dauphin County), who had been considering running for the role, to decide against doing so. Paired with the Democrat Party’s endorsement of Davis, it looked as if Shapiro’s plan was working.

Except Brian Sims is by no means conceding.

The Inquirer reported that even as Shapiro came to the center of Sims’ Philadelphia district recently “seeking to cultivate a sense of inevitability for his gubernatorial ticket … Sims pounced on potential instability in that ticket.” Local Democrat leaders accused Sims of “put[ting] his own self-interest above that of the party.”

This infighting, combined with Sims’ campaign fundraising, is hardly what Shapiro needs as he works to set himself up for victory in November.

Indeed, even Davis seems doubtful of Shapiro’s plan. In addition to filing paperwork to run for lieutenant governor, Davis filed to run for re-election to his state House seat this year, suggesting he’s not fully confident of victory in the primary. Sims, on the other hand, is all-in and is not seeking re-election to his seat.

Josh Shapiro has cleared the Democrat field when it comes to securing his own nomination for governor. But his inability to do the same for his hand-picked lieutenant governor candidate could mean he’s paired with a running mate who will be more of a political liability than an asset in November.

And for Shapiro, that’s a problem.

Matt Brouillette is president and CEO of Commonwealth Partners Chamber of Entrepreneurs.