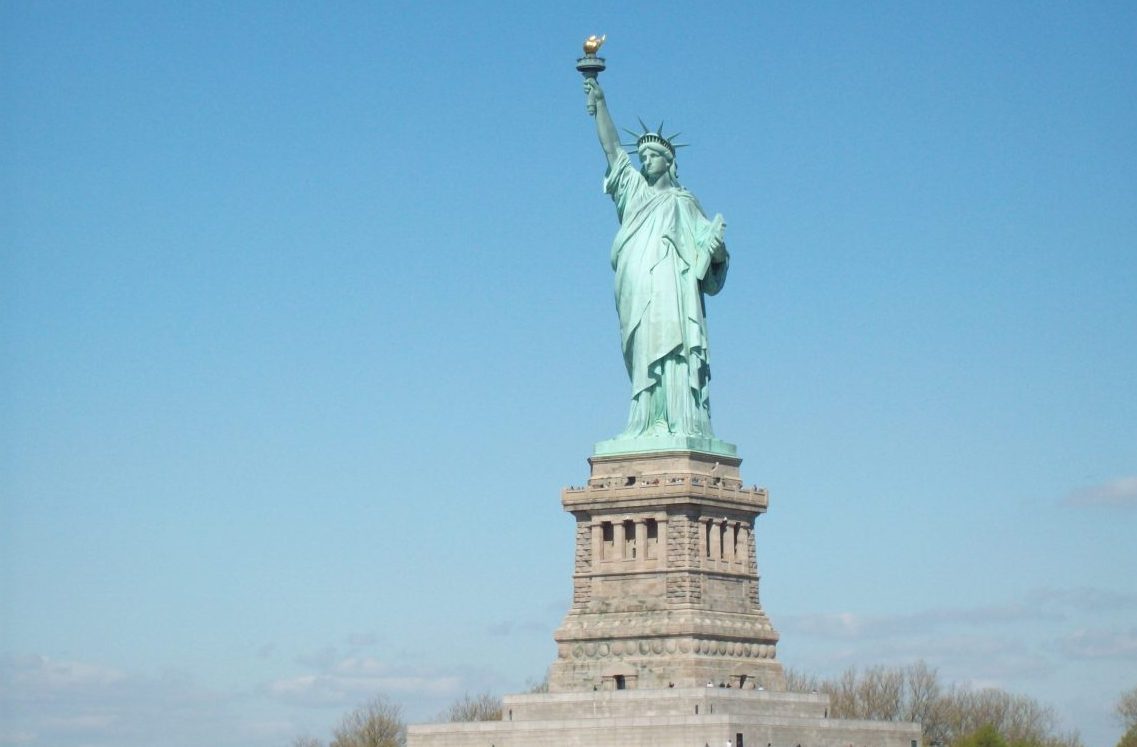 Op-Ed by Abhi Samuel. This piece originally appeared at Broad + Liberty. Prefer to listen? Click here for the audio version.

In order to help me understand how Americans think, a friend once told me — an immigrant — that if you ask an American to do something, he might consider it, but if you demand that an American do something, you have another thing coming!

That was fifteen years ago.

I fear things, now, are different. There is a widespread malaise in this country that comes with, I believe, the loss of faith in the innate characteristics and values that make us uniquely American. Some have called this broader malaise “cowardice,” and there appears to be much truth in that assessment.

Nonetheless, this malaise is alarming wherever you see it — whether it is in our schools and universities, or in our workplaces.

Yet important opportunities for courage in reclaiming our values abound. Here are a few:

Government-run schools are not just a problem in populous cities across America. They were a problem in the country of my birth, too. Fortunately, Western missionaries set up private schools in our communities, particularly in the poorest ones, and they’d compete with each other. Even if you were among the poorest of the poor — for example, you lived in a mud hut with a plastic roof — you’d still try to get your child into one of these schools. And as word got around about these schools’ performance, parents would rank them and try to move their children to the better-performing ones.

As I was telling the former CEO of a Philadelphia charter school about these schools, he said, “They think the poor are stupid! [The poor] know what the deal is!” He’s right! They do. It is no wonder parents of all stripes are filling up school board meetings to demand the very basics of education. They’re simply saying that math class should be about math, not indoctrinating students or acting as a place-holder babysitting service without advancing kids’ prospects.

Yet the push for race-centric curriculums and other bad ideasare being forced down our kids’ throats by the same people who have held all the power when it comes to our education system: the government unions. Indeed, if systemic racism is alive and well, it is most pronounced in America’s public education infrastructure. Black and brown kids are consistently at the receiving end of failing and often violent public schools. In fact, it shouldn’t be a surprise to anyone who is paying attention that African and Hispanic Americans overwhelmingly support increasing educational options for kids trapped in failing schools.

This is why 2022 offers a great opportunity for courage. It is a very important election year in which Americans will choose their leaders for important local, statewide, and federal offices, from local school boards to the US Senate.

It will take courage from candidates on both sides of the political aisle to be truly subversive of the status quo. It will take staring down powerful special interests, and oftentimes political party leadership, in order to win the day for our kids.

Giving employees the freedom to think and speak out

A few weeks ago, Jennifer Sey, a twenty-year executive at Levi Strauss, left the company because of her vocal stance on reopening schools. Among other things, Sey, a life-long Democrat, was labeled a racist for simply having the “radical” opinion that denying kids an in-person education is senseless. Yet, instead of making room for Sey’s opinions, Levi’s declared her employment at the company “untenable.” Here’s what she had to say about her expulsion:

I never set out to be a contrarian. I don’t like to fight. I love Levi’s and its place in the American heritage as a purveyor of sturdy pants for hardworking, daring people who moved West and dreamed of gold buried in the dirt. The red tag on the back pocket of the jeans I handed over to the Russian girls used to be shorthand for what was good and right about this country, and when I think about my trip to Moscow, so many decades ago, I still get a little choked up.

But the corporation doesn’t believe in that now. It’s trapped trying to please the mob — and silencing any dissent within the organization. In this it is like so many other American companies: held hostage by intolerant ideologues who do not believe in genuine inclusion or diversity.

Sey is one of a growing number of dissidents from Woke, Inc., who oppose companies destroying trust and goodwill in the workplace. It should be apparent, at least to some at the top of corporate America, that weakness and cowardice are not winning postures in the long run. While conversation and open-mindedness about race and diversity might be valuable, there’s no reason such discussions can’t be conducted in the context of our shared values as Americans, including individual freedom and self-reliance, equality of opportunity, and hard work.

Consequently, there is a huge opportunity for corporate leaders across America: draw a line in the sand and ensure that the dignity of each individual in their company is protected. Do not surrender the company culture to the mob.

Reminiscing about the days attending our alma-maters, and valuing them as the venue for intellectual growth and developing life-long skills and expertise, are good reasons to support universities. Yet, it is now well documented how universities suppress discussion and debate — indeed, the very purpose for their existence. They censor and even fire professors that offer conservative viewpoints. In fact, the statistics tell the story: depending on the study cited,  conservative representation on university faculties ranges from 9% to a high of 12%.  Certainly, students that attend such universities will likely not receive a balanced or well-rounded education.

Herein lies another significant opportunity for courage and leadership. Alumni and philanthropists who have generouslyinvested in colleges and universities (university endowments across the United States total nearly $650 billion!) can, and should, make certain demands of administrators running these institutions.

Take the fallout at Georgetown University following tweets from Ilya Shapiro, who was set to become senior lecturer and executive director of the Georgetown Center for the Constitution. Shapiro’s transgression was that he awkwardly espoused the belief that President Biden’s dogmatic commitment to the gender and race of the next Supreme Court justice resulted in Biden tapping a justice who Shapiro believes does not have the qualifications for that important role. Following uproar from the woke mob, Georgetown suspended Shapiro for his comments. Indeed, rather than upholding their commitment to the free exchange of ideas, Georgetown has sought the easier route of simply banning contrarian thought. This is where Georgetown’s donors and alumni — on both the left and the right — can play a significant role in shaping the future of its institution. So far, they have abdicated that responsibility.

Indeed, there is ample opportunity to reassert our values. As students across the country return to college dorms and classrooms later this year, there will be a unique opportunity for donors, foundations, and board members who believe in academic freedom and the free exchange of ideas to lay the groundwork for a resurgence of freedom and tolerance in academia.

The good news is some have already begun doing so: just take a look at the new University of Austin, which was announced in response to the rapid curtailing of academic freedom. And, right here in Pennsylvania, exists the Open Discourse Coalitionwhich was founded to provide viewpoint diversity on the campus of Bucknell University.

To be sure, there are other institutions that are being shorn of their commitment to their missions and reason for existence — you see this among nonprofits, government agencies, the media and even religious institutions. And each of these sectors, including the ones listed above, have multiple opportunities for courageous men and women to defend and champion the underlying ideas that make America unique.

Abhi Samuel is the Director of Entrepreneur Engagement at Commonwealth Partners, an O.V. Catto Fellow, a husband and a dad. Having grown up in a socialist nation, he believes free markets and limited government are the greatest poverty eradication programs known to man.