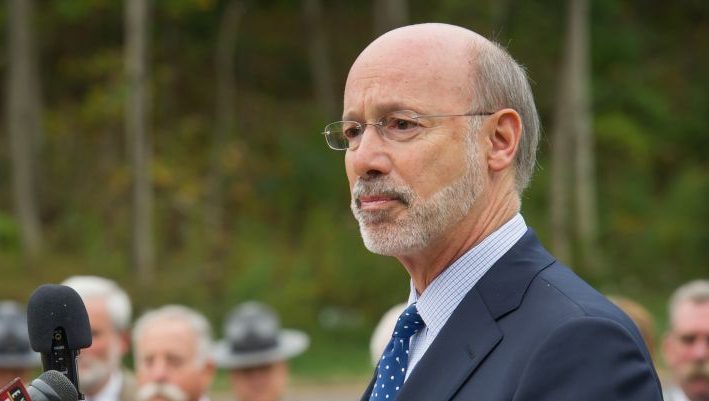 As Russian President Vladimir Putin’s brutal attacks on Ukraine continue, Americans are waking up to the true cost of denying energy realities around the world.

Well, not all Americans.

Gov. Tom Wolf and his allies on the left have demonstrated they’re still fast asleep under the spell of radical environmentalism and so-called “green” energy.

Recently, in an effort to help the people of Ukraine by weakening Putin’s energy-funded military invasion, a group of Republican lawmakers sent Wolf a letter asking him “to ban the importation of Russian sourced energy and to end his job-killing, punitive crusade against the production and exportation of Pennsylvania natural gas and other abundant fossil fuels.”

But instead of applauding the effort to stymie Putin’s killing spree, Wolf attacked the lawmakers and tried to make excuses for his seven years of restricting Pennsylvania’s natural gas production. Dragging out well-worn talking points from leftwing activists, Wolf said he’s “sought to strike a balance between natural gas development and environmental protection.”

As Wolf “strikes a balance,” Putin strikes the innocent men, women, and children of Ukraine.

Here are the facts: Pennsylvania is the nation’s second-largest natural gas-producing state, behind Texas. But much of our potential remains untapped—potential that could dramatically reduce our country’s dependence on foreign gas.

For example, Pennsylvania has the ability to supply natural gas to power New England. But instead, the left’s policies (especially in New York) have stunted pipeline development and forced that region to import natural gas from Russia.

Likewise, Pennsylvania could be shipping more liquefied natural gas to Europe—where currently 40 percent of natural gas is supplied by Russia. But the lack of pipelines and infrastructure again obstructs our ability to supply clean Pennsylvania natural gas to the world. The Marcellus Shale is one of the largest gas-producing regions in the world. With more pipelines and fewer restrictions on development, we could ramp up shipping and help accelerate the European Union’s transition from Russian gas to US gas.

Yet, for years, Wolf has undermined efforts to achieve energy independence by seeking to penalize Pennsylvania’s natural gas industry. By doing so, he has exacerbated our nation’s reliance on energy from hostile nations.

Added to that, Wolf’s years-long attempt to unilaterally join the Regional Greenhouse Gas Initiative (RGGI) threatens to burden the industry with higher costs that would stunt, rather than unleash, our energy potential, destroying thousands of jobs in the process.

To top it all off, Wolf’s vote last year to ban fracking within the Delaware River Basin drew this prescient warning from Marcellus Shale Coalition President David Callahan: “It may be a good day for those who seek higher energy prices for American consumers and a deeper dependence on foreign nations to fuel our economy, but this vote defies common sense….”

This forewarned dependence on foreign energy is now on full display, with deadly consequences. While Pennsylvania has the potential to power the nation and free the world from dependence on Russian energy, Wolf’s policies are forcing Americans, and Europeans, to buy overpriced Russian energy which funds the bombs dropping on innocent Ukrainians.

In his response to lawmakers, Wolf had the opportunity to demonstrate leadership and a commitment to unleashing Pennsylvania’s energy opportunity. He chose to lob insults and demonstrate his allegiance to radical environmentalists willing to sacrifice innocent lives on the altar of a “green” energy agenda.

Instead of using an international crisis to try to score political points, Wolf should act to use Pennsylvania’s affordable, clean, and reliable natural resources to weaken Russian control over the worldwide natural gas market and rescue innocent civilians from the grip of Putin’s war.