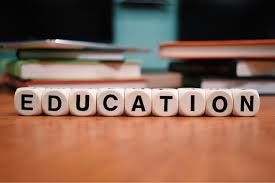 “It’s ironic that almost 12 months into his school closures, Gov. Wolf is attacking the schools that actually continued to provide their students a quality education throughout the pandemic.

“A one-size-fits-all approach to education simply doesn’t work, and even Gov. Wolf has said students shouldn’t be trapped by their zip code in failing schools. Public charter and private schools have helped thousands of students escape their zip-code assigned schools. Gov. Wolf should be applauding this achievement, rather than seeking to strip kids of their education.

“You’d think with the disastrous vaccine rollout his administration is overseeing that Gov. Wolf should focus his time on fixing that rather than cutting funding from students who have been fortunate enough to escape Wolf’s schools that don’t teach.”

Matt Brouillette is available for further comment. Contact Gina Diorio at gina@thecommonwealthpartners.com or 862-703-6670 to arrange an interview.
# # #Commonwealth Partners is an independent, non-partisan, 501(c)(6) membership organization dedicated to improving the economic environment and educational opportunities in Pennsylvania.