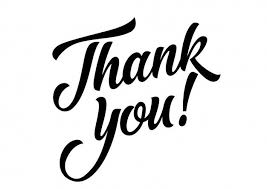 “Speaker Turzai has long been a leader on critical issues such as expanding educational opportunity, protecting Pennsylvanians from Harrisburg’s penchant for overspending, reforming our pension system, and privatizing our archaic liquor system.

“He has led the persistent effort, year after year, to ensure students across Pennsylvania have access to the education that’s best suited to their unique learning styles. Against fierce opposition from an administration anathema to school choice, Speaker Turzai and a strong free-market majority in the House ushered to enactment expansions to the Educational Improvement Tax Credit program, ensuring tens of thousands of students will be able to receive an education that meets their needs. Last year, Pennsylvania children experienced the largest expansion of school choice in the nation.

“He also put cracks in the near-century-old dam of the government-run liquor monopoly, beginning the push that continues today to get government out of the booze business. He led historic pension reform through to enactment, and he has been a key force in staving off Gov. Wolf’s countless tax increase attempts.

“I’m grateful for Speaker Turzai’s leadership and friendship over the years, and I thank him for his decades of service to the people of Pennsylvania.”

Matt Brouillette is available for further comment. Contact Gina Diorio at gina@thecommonwealthpartners.com or 862-703-6670 to arrange an interview.
# # #