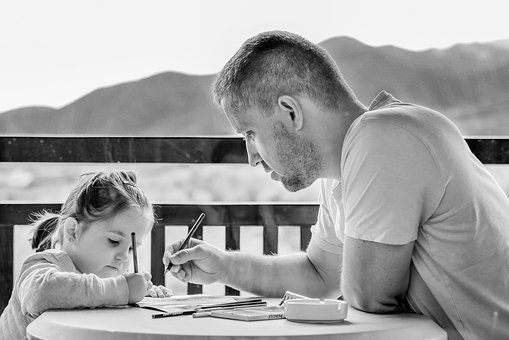 Imagine you have COVID-19 and you’re having trouble breathing. You’re able to get to an emergency room stocked with available ventilators, but you learn you’re barred from access to these life-saving devices because of a state rule that says, “No ventilator use allowed: If everyone can’t have a ventilator, no one can.”

Insane. Unimaginable. The outrage would be palpable and justified.

Yet, when it comes to providing our children life-preparing education during this crisis, similarly outrageous government rules have been in place, with districts actively banning students from learning because of a rule that says, “If everyone can’t learn, no one can.”

On March 13, Gov. Wolf ordered the closure of schools statewide, effective March 16. On April 9, he announced this closure would extend through the remainder of the academic year.

Across the state, some schools—such as cyber charter schools—were already teaching virtually and were prepared to continue operating essentially uninterrupted. And some traditional school districts were also well-equipped to make the transition to online learning.

But not in Philadelphia, where the District made an outlandish decision: If everychild couldn’t learn, no child should learn. As a result, children in the School District of Philadelphia have not had any official schooling since March 13—and they are not scheduled to resume learning until May 4. A solid seven weeks of lost instruction.

Why? Because some students did not have the technology at home to participate in online learning. So instead of helping as many students as possible while working to extend that help to all students, the District decided that because some students couldn’t learn, no students should learn.

Finally, a month after schools closed, Philadelphia’s public school students received the needed technology from the District. It will still take a few weeks, however, to implement software and internet access for the students.

It’s worth noting that during his time, a bulk of Philadelphia charter school students not only received technology—through private means, as the District did not provide technology to charter students—but are already in the phase of finding software and identifying hotspots for access so children can learn.

Outrageously, even while lagging behind charters in educating students, the District has placed a resolution before the School Board seeking to cut charter school funding. This even though charters already receive less money per-pupil than the District and have proven more effective during this crisis.

Sadly, this misguided approach to educating in time of crisis isn’t limited to Philadelphia.

When Gov. Tom Wolf closed schools, he included public cyber charter schools, even though these schools were already operating online. After cyber schools received clarification that they could, indeed, continue educating students, they quickly resumed classes. They also offered to help the state Department of Education set up its own online learning system—the Department ignored the offer.

Indeed, not everyone was happy that cyber students could continue to learn. The Pennsylvania Association of School Administrators (PASA) decided if students couldn’t attend traditional brick-and-mortar public schools, they shouldn’t be able to attend public cyber charter schools either! PASA lobbied to ban students from enrolling in cyber charters during the current shut-down. The reason? They were concerned families might decide they prefer cyber charters and transfer permanently.

Falling short in that effort, PASA then lobbied—this time successfully—to ensure cyber charters would not get paid for any students who enrolled after March 13. To their credit, cyber charter schools are taking in and teaching new children, without additional student funding.

Imagine if hospitals treated patients the same way the education establishment has treated children—placing self-interest and self-protection ahead of saving lives. The backlash would be unthinkable—and merited.

It’s time public education officials look in the mirror and ask themselves who and what they’re really defending. And it’s past time they put their self-interests aside and do what is right for families and students—regardless of who gets the credit.