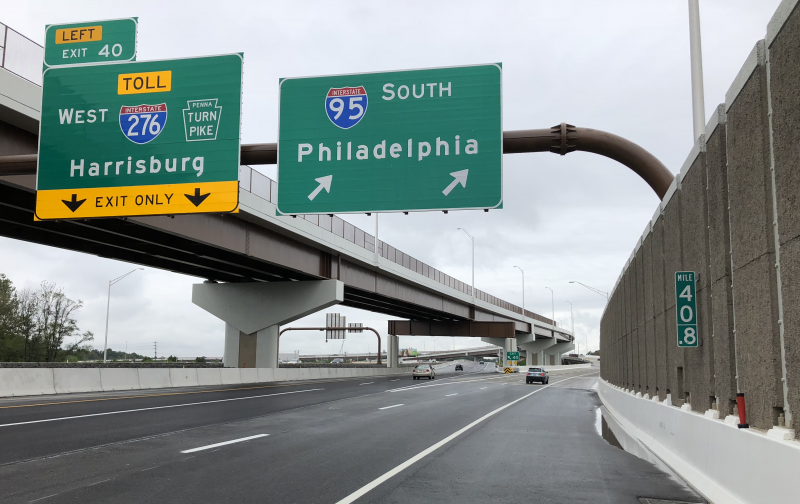 It’s like a recurring bad dream. A new year, a new turnpike toll hike. Now, driving the length of the highway costs upwards of $65.70—not counting the return trip. Only, this nightmare is real.

But it’s high time Pennsylvanians get the full story.

In 2006, the Pennsylvania Funding and Reform Commission, created by then-governor Ed Rendell, recommended leasing the turnpike as part of a public-private partnership, which promised to reap billions in upfront infrastructure revenue, transfer financial risk to a private operator, improve road performance measures, and limit toll increases. Sounds like a real win-win policy solution.

But more powerful forces within the Capitol viewed Rendell’s proposal as an attack on their political fiefdoms and sinecures. Indeed, multiple books have been written about the corruption and graft at the Pennsylvania Turnpike Commission (PTC). From nepotism and rewarding political friends with lush jobs to spending tens of thousands of taxpayer dollars on lavish meals and European travel, the commission had become a tool for the politically powerful to exchange favors, hoard influence, and live large off of toll-payers.

Politically appointed commissioners fiercely opposed any efforts to bring in a private operator. And they knew where to turn to lobby lawmakers against it: Mike Long, a longtime Senate staffer-turned-lobbyist to whom many lawmakers owed their elections.

Long had begun working in the Capitol in the mid-1970s. Over the next several decades, he rose through the ranks to eventually become chief of staff to former Senate President Pro Tempore Bob Jubelirer. By 2005, his influence was so deep that political columnist John Micek, then of the Allentown Morning Call, wrote, “Almost every Republican Senate campaign since the mid-1980s bears his imprint in some way.”

Who better to persuade lawmakers to oppose the lease? The Turnpike Commission—ironically using toll revenues—paid Long to convince his former colleagues to ignore the $12.8 billion bid that had come in to lease the turnpike for 75 years. And, by and large, ignore they did. When the lease offer expired, the bidders opted not to renew it, citing inaction on the part of the Legislature. Eventually, staff members who worked under Long while in the Senate got jobs at the Turnpike Commission.

The result: Pennsylvanians were stuck with the now-infamous Act 44, which authorized the turnpike to issue billions in new debt and increase tolls without limit and mandated that the PTC fund mass transit and other road projects to the tune of hundreds of millions of dollars per year.

Last year after releasing an audit report of the PTC, Auditor General Eugene DePasquale announced the current scenario “just isn’t sustainable,” adding that the “ever increasing tolls are not only not putting a dent in the debt of the Pennsylvania Turnpike, but … forcing less people to use the turnpike.” He concluded the turnpike is on the road to insolvency.

What DePasquale didn’t mention is that as a state representative, he not only voted in favor of Act 44, which put the turnpike into the mess it’s in, but also didn’t support leasing the turnpike.

In May of 2008, the Chambersburg Public Opinion reported that DePasquale was concerned over allowing a “private firm to control major infrastructure and whether a foreign company should be involved.” (The bidder was the Spanish firm Abertis, a proven international leader in toll-road management.)

Now, 12 years later, not only did the state lose out on nearly $13 billion in up-front, non-tax revenue, but turnpike drivers are forking out upwards of $65 to traverse the state. And this number will go up again next year. Under the proposed lease agreement, the maximum amount would have been $39.95 today—a savings of over $50 for a border-to-border round trip.

Sadly, drivers won’t wake up to discover this was all a bad dream. But Pennsylvanians deserve the truth—even when that truth is how power, patronage, and politics triggered the turnpike fiasco that’s rightfully outraged turnpike drivers for more than a decade.

This piece appeared in the Pittsburgh Tribune-Review, PennLive, and several additional outlets across the state.