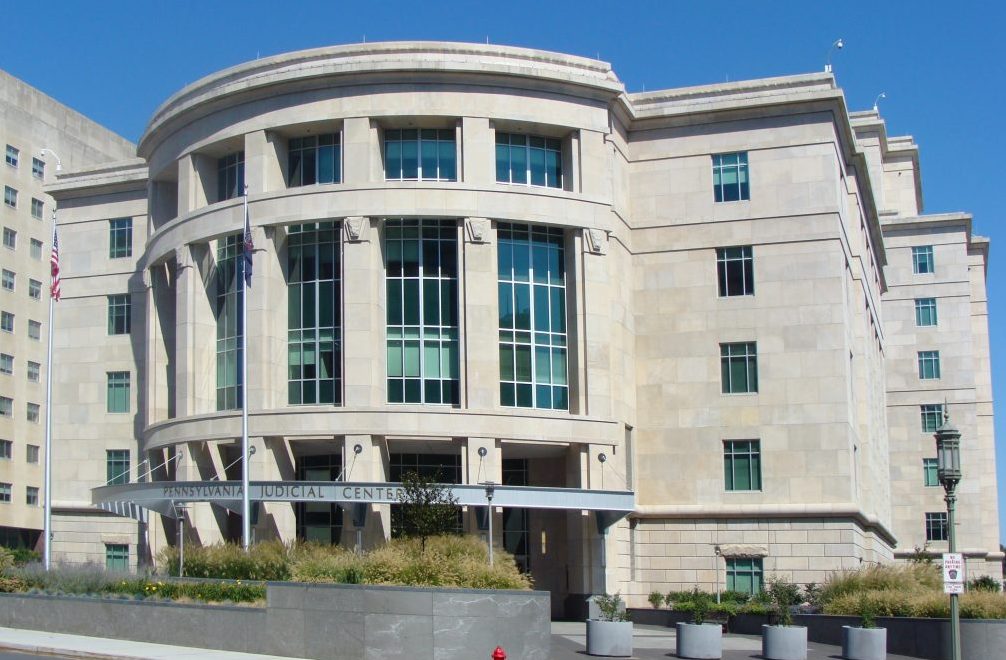 Op-ed by Jonathan Goldstein and Matt Brouillette. This piece has appeared in more than a dozen media outlets across Pennsylvania.

Two years ago, we filed a historic lawsuit against Gov. Wolf, the General Assembly, the State Treasurer, and the Auditor General for enacting unbalanced state budgets in violation of Pennsylvania’s constitution.

Our premise was simple: We must hold elected officials accountable because when lawmakers become lawbreakers, all Pennsylvanians suffer.

Our action was groundbreaking. No roadmap outlined who could file this kind of lawsuit or how quickly such a case should be filed. Unknowns were many, but the cause was imperative.

For two straight years, Harrisburg had disregarded a constitutional mandate that the commonwealth’s spending not exceed its revenues. Recently, the Commonwealth Court—the trial court for suits against the commonwealth—issued its final ruling and effectively dismissed our case because the budgets in question had expired. The court’s ruling, however, gave Pennsylvanians invaluable guidance on how to keep our government from committing the same mistake again.

With two years of hindsight, multiple legal briefs, and two court appearances behind us, here are three important takeaways.

Gov. Wolf and the other defendants attacked the ability of taxpayers to challenge any aspect of the budget process in the court system. “Insiders only!” was their message. Thankfully, the court refused to abandon the people of Pennsylvania, holding “no other persons are better situated … [than] taxpayers” to bring such a lawsuit. Our lawsuit, the court said, embodied the precise principles underlying taxpayer standing: “to enable a large body of the citizenry to challenge governmental action, which would otherwise go unchallenged in the courts because of the standing requirement.”

This marks an incredible victory for Pennsylvanians who previously had little voice in fighting illegal state budget shenanigans.

We filed our lawsuit, which challenged the Fiscal Year 2016-17 and 2017-18 budgets, in September 2017—more than one year after the former was enacted and two-and-a-half months after the latter. We wanted to give the budget process a chance to play out and provide the General Assembly and governor room to do the right thing. The need for court action became apparent once the harmful effects of the unbalanced 2016-17 budget—including costly loans and job-killing taxes—became clearer, and the legislature and governor decided to repeat the same unconstitutional budget process the next fiscal year.

In handing us a victory on standing, the court ended our suit in part because we didn’t file sooner. That tells us in the event of future constitutional budgetary violations, taxpayers must act immediately to hold lawmakers accountable.

Gubernatorial responsibility is ripe for review.

Curiously, the court allowed Gov. Wolf to avoid accountability for the unconstitutional budget enacted.  According to the ruling, the statutory requirement directing Gov. Wolf to item veto spending that exceeds available revenues was not triggered because the governor chose not to sign the budget and instead allowed it to become law without his signature. The ruling suggests the governor’s constitutional responsibility is only to propose a balanced budget, not ensure one is enacted—an odd conclusion.

What does our lawsuit mean for the budget landscape? While our case has ended, lawmakers’ motivation to implement sound budgeting processes is growing.

As result of our suit, more lawmakers began thinking twice about the constitutionality of the budget process—recognizing the wisdom of ensuring sufficient revenue to pay for the commonwealth’s annual spending plans. Notably, in the years since our suit, the commonwealth has enacted balanced budgets.

Just recently, several legislators announced plans to introduce a constitutional amendment to implement transparency in supplemental appropriations. Now, the governor can simply run up budget deficits by expanding entitlement spending through the course of the year without legislative approval, and then fold this deficit spending into the following year’s budget. Proposed reforms would instead require the General Assembly to approve all such spending as standalone legislation.

When we filed our lawsuit two years ago, the road was uncharted. Now, taxpayers have a roadmap to hold elected officials accountable. More importantly, the General Assembly and governor are on notice that Pennsylvanians are watching. If our lawmakers break the law again, we’ll see them in court.

Matthew J. Brouillette is president and CEO of Commonwealth Partners Chamber of Entrepreneurs and was a plaintiff in the case. Jonathan Goldstein is a founding partner of Goldstein Law Partners and was the lead attorney on the case.