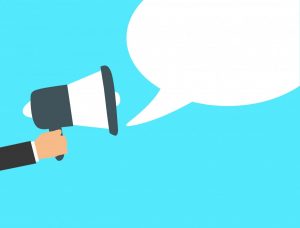 Op-Ed by Rob Shearer. This piece has appeared in more than 15 outlets across Pennsylvania.

Thanks to our government’s taxpayer-funded press shop, by now we all know Fetterman has spent the past several months visiting all of Pennsylvania’s 67 counties—purportedly to hear what people think of recreational pot.

Of course, this noble-sounding goal is puzzling, given Pennsylvanians’ opinion on the topic is hardly a secret. A 2017 Franklin and Marshall poll showed strong support for legalization. Another F&M poll released this past March confirmed this support.

But his wasn’t the only joyride taxpayers funded.

Right to Know (RTK) requests reveal five of Fetterman’s staff members, along with two interns, spent time on tour-related work. Assuming they and Fetterman devoted half their time to the tour during its 14-week duration (and that may be a conservative estimate as it seems Fetterman focused on little else), this would amount to nearly $72,000 in salaries to fund the tour, based on salary information that’s either publicly available or was accessed via RTK requests.

RTK requests also show that in the first 10 weeks of the tour, taxpayers spent almost $3,000 in venue costs, nearly $1,200 in media services, and close to $800 in travel reimbursements. Additionally, from January 1 through April 26, taxpayers spent over $112,000 in State Police security detail costs for the Lieutenant Governor. Not all of this may have been tour-specific, but it’s a safe bet much of it was given his lack of doing much else.

While Right to Know requests reveal the tour’s price tag, the answer to the bigger question—“Why?”—is anyone’s guess.

After all, Fetterman’s position favoring marijuana legalization was clear long before he was elected. In 2017 while still the mayor of Braddock, he said, “I just think Pennsylvania should go full Colorado.” Those aren’t the words of someone trying to make up his mind.

Gov. Wolf, too, has been on the legalization bandwagon for several months, declaring his miraculous pro-pot conversion shortly after his re-election last year.

And now not one but two polls show Pennsylvanians support legalization.

In other words, the results of Fetterman’s “listening tour” were a foregone conclusion before the first mile was driven. Undoubtedly, the report he plans to submit to Gov. Wolf will reiterate these results.

Indeed, when asked for his takeaways from the tour, Fetterman replied, “Pennsylvania by a significant majority, I would estimate it — I don’t think it’s any lower than 65 percent, roughly, and I wouldn’t say it’s any higher than 70 — but somewhere in that vicinity supports legalizing cannabis for adult use.”

While his percentage estimates may be high, he could have concluded majority support just by reading the poll results—without 14 weeks of taxpayer time, campaign-like stops in 67 counties, and tens of thousands of taxpayer dollars.

But then, that may have missed the point of the tour.

After all, if the results were foregone, the tour must have had a “real” purpose different from the “stated” purpose.

Was it a publicity stunt for the Wolf administration under the guise of public service? A taxpayer-fueled campaign tour for Fetterman’s next run (he’s already hinted at U.S. Senate in 2022)? A complete waste of taxpayer resources? All of the above?

This is a question Fetterman and his press shop will never answer. But sometimes, the answers are obvious—if you just listen for them.

Rob Shearer owns, with his wife and business partner, several companies focused on supply chain logistics. He is a trustee of Commonwealth Partners Chamber of Entrepreneurs.

What’s the goal to win the war against COVID-19?

Op-Ed by Matthew J. Brouillette. In any battle, clear objectives are imperative. Unfortunately, in fighting…

Gov. Wolf puts thousands out of work just before holidays