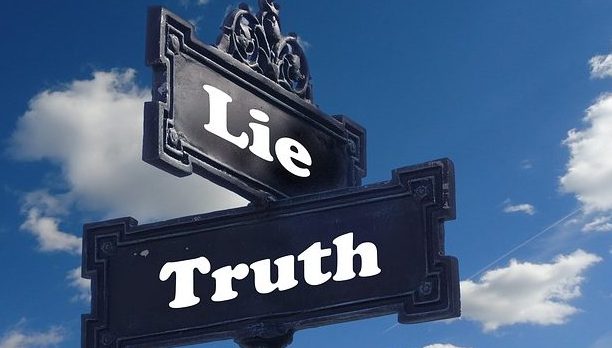 “A lie can travel halfway around the world while the truth is putting on its shoes.”

This quote, whose true origin remains up for debate, describes few things more accurately than political rhetoric in the age of social media.

Today, falsehoods—oft-repeated and unchallenged—can spread like wildfire. By the time a fact-checker tosses water on it (if that ever happens), the damage is done. And too often, even debunking lies won’t stop their spread.

We see this all too clearly in Harrisburg’s hottest lies today.

Take, for example, the claim of “chronically underfunded public schools.” That’s what you’ll hear from Democrats. A recent email from the Pa. House Democrat Campaign Committee claimed Pennsylvania “is currently ranked 45th in the nation in funding our schools.”

But this is false.

In the 2019-20 school year, public school funding from local, state, and federal revenue was more than $19,000 per student, or about $4,200 more per student than the national average. This ranks Pennsylvania 8th-highest in the nation in per-student funding, not 45th.

But instead of looking at actual public school funding, Democrats cherry pick the state share of school funding. Because local school districts in Pa. tax and spend more on average than in other states, the state’s percentage of total funding is lower than in many other states. In other words, if local districts spent nothing, the state share would spike to more than 90 percent, but total spending would fall.

Yet, Democrats ignore this truth, as the actual facts about public school funding undermine their push for more taxpayer dollars .

Sounds menacing, but it, too, is false.

Our current election processes certainly need improvement, and Republican Rep. Seth Grove has introduced comprehensive legislation to that end. But not one person is at risk of losing his or her legal right to vote under this or any proposal being considered in Pa.

In fact, when asked about this very thing at a recent press conference, Democrats could not point to a single person who has lost or would lose the legal right to vote under the proposed election changes. That’s because no one would, in fact, lose this right.

But you won’t hear this truth from the Left, as it negates their narrative of voter disenfranchisement.

Finally, with the influx of billions of COVID relief dollars from Washington, DC, we’re hearing Harrisburg has more money than it knows what to do with. As a result of this supposed budget surplus bliss, Democrats want to spend big on a wish-list of progressive priorities.

Don’t buy it. We aren’t flush with free money.

Due to strings attached, these funds cannot be used to pay for our real debt problems, like unfunded public pension liabilities or (actual) infrastructure needs. And unlike Democrats’ insatiable desire to spend everything we’ve got, these one-time funds will run out.

The truth remains that Pennsylvania has a chronic overspending problem. In the past two decades, while jobs have grown by 3 percent, population by 4 percent, and inflation by 50 percent, state spending has ballooned by 84 percent. This is a recipe for financial disaster.

“Free money” may prop up state spending, but only temporarily. Eventually, it will increase pressure to raise taxes.

Yet, we won’t hear this truth from Democrats, as it hinders their efforts to massively expand the size and scope of government.

Sadly, lies can spread quickly. And a lie repeated often enough can begin to sound credible. But it’s still a lie. Pennsylvanians deserve the truth. And they deserve lawmakers who will give it to them.