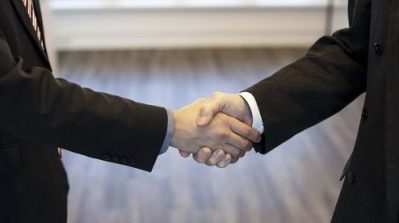 We’ve heard the Scriptural principle, “Before you take the speck out of your brother’s eye, take the beam out of your own.”

This warning against trying to fix a problem in others without addressing a larger problem in ourselves is particularly fitting when it comes to the well-meaning effort by the state Legislature to institute greater transparency among lobbyists, among other things.

While this effort targets some small areas ripe for change, it could correct a larger problem if only Harrisburg would look in the mirror. That problem is government directing our tax dollars to groups or individuals who then lobby government for higher taxes to fund the very bureaucracies they represent.

In other words, Pennsylvanians are paying to try to raise taxes on themselves and they don’t even know it. Ridiculous, but true.

According to research shared with me by the Commonwealth Foundation, from 2017-2020, local governments across Pennsylvania—including counties, municipalities, and school districts—gave $24.1 million in taxpayer dollars to membership associations that actively lobby. What’s more, since 2007, local governments and agencies have handed over $18 million to hire lobbyists, for a combined total of more than $42 million.

As one example, Pennsylvania counties gave more than $11 million in membership dues and fees to the County Commissioners Association of Pennsylvania (CCAP) and its affiliates. CCAP then lobbied state lawmakers for things like increased county funding (which, of course, comes from your tax dollars) and other projects and legislation.

These associations collectively spend millions on political activity and lobbying. Among their priorities are higher education funding (i.e. more of our tax dollars), increased funding for pensions (also our tax dollars), and stronger restrictions on school choice (so they can retain—you guessed it—our tax dollars).

Earlier this month, the above-named groups joined several others in lobbying the state Senate against a bill that would expand educational opportunity for students with special needs.

Beyond paying associations, local governments, agencies, and school districts directly hire contract lobbyists. For example, from 2009 to 2016, Beaver County in western Pa. paid a firm $250,000 to lobby Harrisburg for more federal stimulus money.  As a result, the county secured $300,000 in state funding. Clearly, the lobbying firm got the most stimulation!

The Southeastern Pennsylvania Transportation Authority (SEPTA), funded largely through our tax dollars, along with millions of dollars from the Pennsylvania Turnpike Commission, is slated to spend nearly $4 million on lobbying firms between 2015 and 2022. These firms petition Harrisburg for more funding from—you guessed it—our tax dollars.

Here’s the kicker. Local governments and agencies are allowed to engage in lobbying as part of their operations. But instead, they spend more of our money to hire outside lobbyists to push for things that may be directly contrary to taxpayers’ interests.

And because we have information from only a small percentage of government entities and agencies, we know the actual amount of our tax dollars spent on lobbying is much, much higher than the $42 million mentioned above.

If we truly want to reform our lobbying system, this is the place to start.

Let’s remove that beam first, and then address the many specks in need of reform.

Gina Diorio is the Public Affairs Director at Commonwealth Partners Chamber of Entrepreneurs.