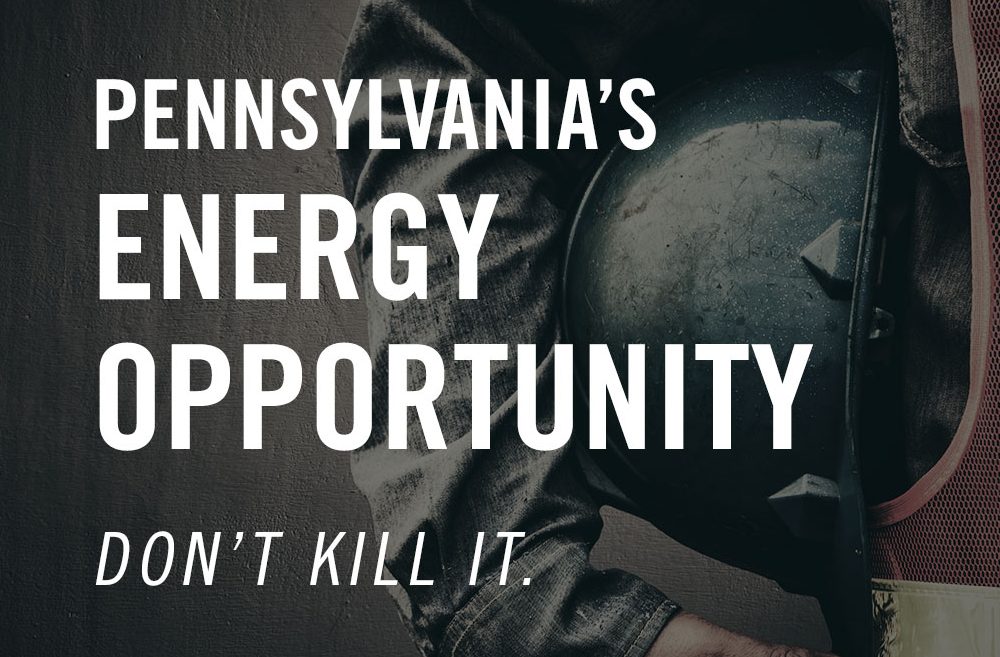 Editorial Note: This piece was originally published in the Somerset Daily American on June 6, 2018. Since then, the Legislature did not embrace Wolf’s severance tax proposal and passed a budget with no tax increases.

Who doesn’t love price cuts? Paying less always feels like a win—whether it’s saving thousands on a home or pennies on a cup of coffee.

Come July 1, residents and businesses across the state are set to experience this price-cut victory when they see their water, electric, and natural gas bills shrink due to recently enacted federal tax cuts. The savings will amount to $210 million on electricity, $48 million on water and wastewater, and $66 million on natural gas, according to the Pennsylvania Public Utility Commission.

Those are price cuts worth celebrating!

But the celebration may be short lived. Because while utility companies are cutting natural gas rates, Gov. Tom Wolf is trying to raise them.

For the fourth straight year, Wolf is demanding an additional severance tax that would lead to higher home heating bills for 2.7 million Pennsylvania homeowners. In other words, while federal tax cuts would lower Pennsylvanians’ utility bills, Tom Wolf would spike them.

Wolf, who has been peddling his utility tax for four straight years, likes to repeat that out-of-staters, not Pennsylvanians, would bear the brunt of his tax. But his claim is misleading. It suggests a minimal cost to commonwealth residents—indeed, it seems Wolf wants homeowners to believe they will not be affected. This is far from the truth.

Given the massive amount of natural gas underneath our state, it’s only logical that we would export the bulk of it. But that obscures the fact that more than half of Pennsylvania homeowners rely on natural gas, and Wolf’s tax would slap these homeowners with higher heating bills.

Sadly, Wolf’s proposal is hardly surprising.  Since taking office, he has demanded tax increases that would hit Pennsylvania families where it hurts most. Who can forget Wolf’s first budget proposal, where he pitched the largest tax increase in Pennsylvania’s history, which would have raised taxes on items including diapers, day care, college textbooks, nursing home care, and even funeral services.

Thankfully, the Legislature has stood up for Pennsylvania families and thwarted most of Wolf’s efforts to increase the cost of living in the commonwealth.

Still, even after failing time and time again, Wolf persists. In fact, he’s making higher home-heating costs a cornerstone of his re-election campaign. Of course, he doesn’t admit this. Instead, he couches his tax fixation in terms like “fairness”—ignoring that it’s unfair to the 2.7 million homeowners who will pay higher heating costs to fund his spending penchant.

It’s also unfair to Pennsylvania’s natural gas workers, many of whom could lose their jobs should Wolf get his severance tax. Wolf likes to claim his tax would not impact the natural gas industry—but the industry says differently. Gas drillers have testified that Wolf’s tax would cause them to curb investments in the state and possibly pick up operations and move out of state.

Let’s be clear, the natural gas industry in Pennsylvania already pays every tax paid by other businesses plus an additional “impact fee” unique to the industry. Pennsylvania is the only state in the nation to levy such a fee.

Wolf’s persistence in demanding a new severance tax year after year demonstrates how out of touch he is with hardworking Pennsylvanians, with business owners and job creators, and with the economic impact of tax hikes.

This disconnect will become even more apparent in the upcoming days, as Wolf squares off against Republican gubernatorial nominee Scott Wagner.

Unlike Wolf, Wagner has firsthand experience building a business from the ground-up, signing paychecks, and navigating operating costs. He understands that if you put a crippling tax on the gas industry, it’s just going to be passed on to the consumers who already feel like they pay enough to heat their homes.

Unfortunately, given Wolf has already tried to make it more expensive to raise children, attend college, care for aging family members, and even bury loved ones—it’s little wonder he’s now trying to make it costlier for families to stay warm in the winter.

Pennsylvanians should be able to celebrate lower utility bills thanks to federal tax cuts—not fear their governor will reverse these cuts and jack their utility costs.

So as Wolf continues to peddle his utility bill increase, remember, a governor truly in touch with the people he serves would be doing everything possible to make it easier for families to make ends meet, not pushing incessantly to take even more from their budgets.

Matthew Brouillette is president and CEO of Commonwealth Partners Chamber of Entrepreneurs and host of ‘Brews & Views’ podcast. For more information, visit www.thecommonwealthpartners.com.