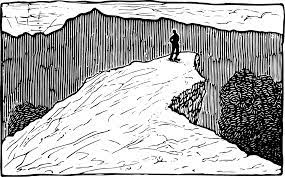 It’s not often than a CEO of a large, publicly traded company speaks bluntly in public about politics and political power. So, both “surprising” and “refreshing” describe energy executive Nick Deiuliis’s new book, Precipice: The Left’s Campaign to Destroy America (Republic Book Publishers).

Deiuliis, a chemical engineer and attorney by training, is director and chief executive officer of Pittsburgh, Pennsylvania-based CNX Resources Corporation, one of the largest natural gas exploration, development, and production companies.

In addition to penning Precipice, Deiuliis is a prolific writer on topics ranging from the American Civil War to professional sports to the Federal Reserve to music. When he’s not writing, he hosts “The Far Middle,” a weekly podcast that tackles topics including energy, business, politics, culture, sports, and more.

In short, Deiuliis does not fit the stereotype of the CEO of a publicly traded company.

As an energy leader, Deiuliis is an unapologetic advocate for his industry, and he makes a strong case that abundant and affordable energy is indispensable for developing and prosperous civilizations.

Creators generate the wealth that leads to the civilization’s success. These include the scientists, surgeons, engineers, techies, manufacturers, constructors, and members of the building trades, who provide the foundation for any modern society.

Servers make up the largest societal member group and include those who improve the quality of life for individuals and increase efficiency for everyone – from the waitress in a restaurant to the mechanic who fixes your car to the landscaper who mows your lawn. Servers do the jobs you might be able to do yourself but are willing to pay someone else to do in order to free yourself up for other things.

Finally, Leeches, as their name suggests, live off the productivity of a host – with the hosts in this case being the members of the other three groups.

These four groups are not exactly the lens through which most Americans observe their society, but perhaps they should be. Deiuliis offers a unique and invaluable framework for understanding the basis of economic activity in America today.

Not surprisingly, while Deiuliis celebrates the first three member groups, he has disdain for the fourth category, the Leech. While the first three groups “built and fuel a culture of making” and make the world go round, the Leech “stands in stark contrast to and in direct conflict” with the first three and undermines the American Dream.

The Leech class is deeply embedded across multiple industries – members of the plaintiffs’ bar, who use the law against social flourishing; public sector unions (particularly teachers’ unions) that use tax dollars to thwart the public interest; members of the media, who act as a public relations arm for government, and members of academia, who formulate many of the premises on which leech-ism depends. But Deiuliis argues that the most troubling leeches are found in government bureaucracies. While he recognizes the need for rules and regulations, he argues that the government Leech has gone far beyond simply serving and protecting the public; he has crossed the line into making the lives of everyone more difficult.

Deiuliis also makes the case that our modern economy rests on four pillars: energy, finance, healthcare, and technology. Leeches target these pillars with the primary objective of controlling them, a process Deiuliis goes into great detail to explain. Creators, Enablers, and Servers suffer the negative consequences of these attacks.

Precipice is admittedly a depressing reality check on the state of America – but it is much needed. As President Ronald Reagan once said, “Freedom is never more than one generation away from extinction. We didn’t pass it to our children in the bloodstream. It must be fought for, protected, and handed on for them to do the same.”

Creators, Enablers, and Servers have made America the freest, most prosperous nation in history. The Leeches threaten that freedom and prosperity. Deiuliis’s conclusion is prescient: “We know who the enemy is; let us engage in public discourse so that good prevails over evil.” Indeed, if we don’t, America will soon go over the precipice – and into the history books, joining many other once-great civilizations.

Precipice is an eye-opening read for business leaders, policymakers, and anyone who cherishes the liberties that define America.

Matthew J. Brouillette is president and CEO of Commonwealth Partners Chamber of Entrepreneurs, an independent, nonpartisan, 501(c)(6) membership organization dedicated to improving the economic environment and educational opportunities in Pennsylvania.